There are magic markers (fun!) and gambling markers (dangerous?) and there are Dakota markers (actual stones that mark a geographical boundary).

And in football there is The Dakota Marker Game or “The Marker”. 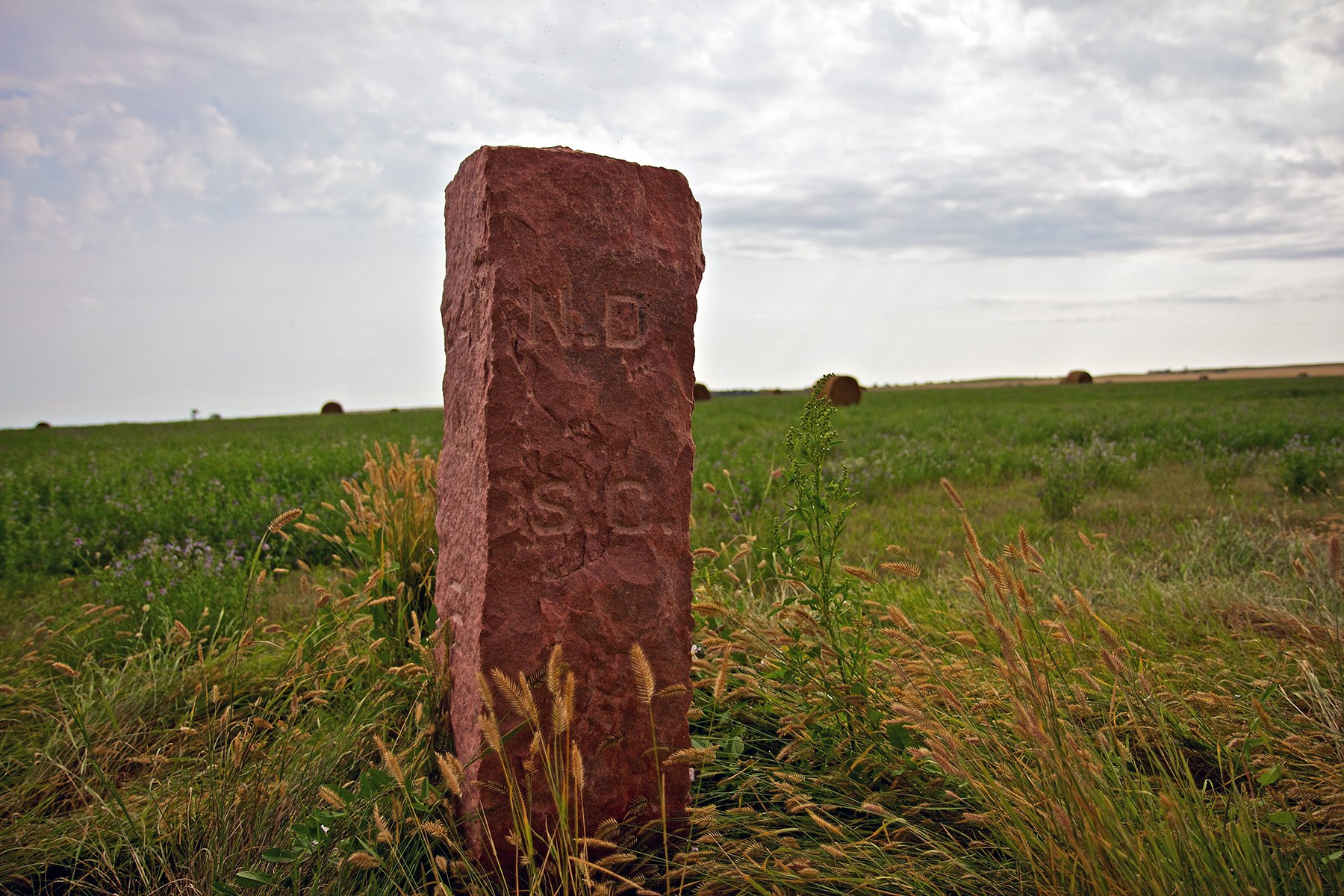 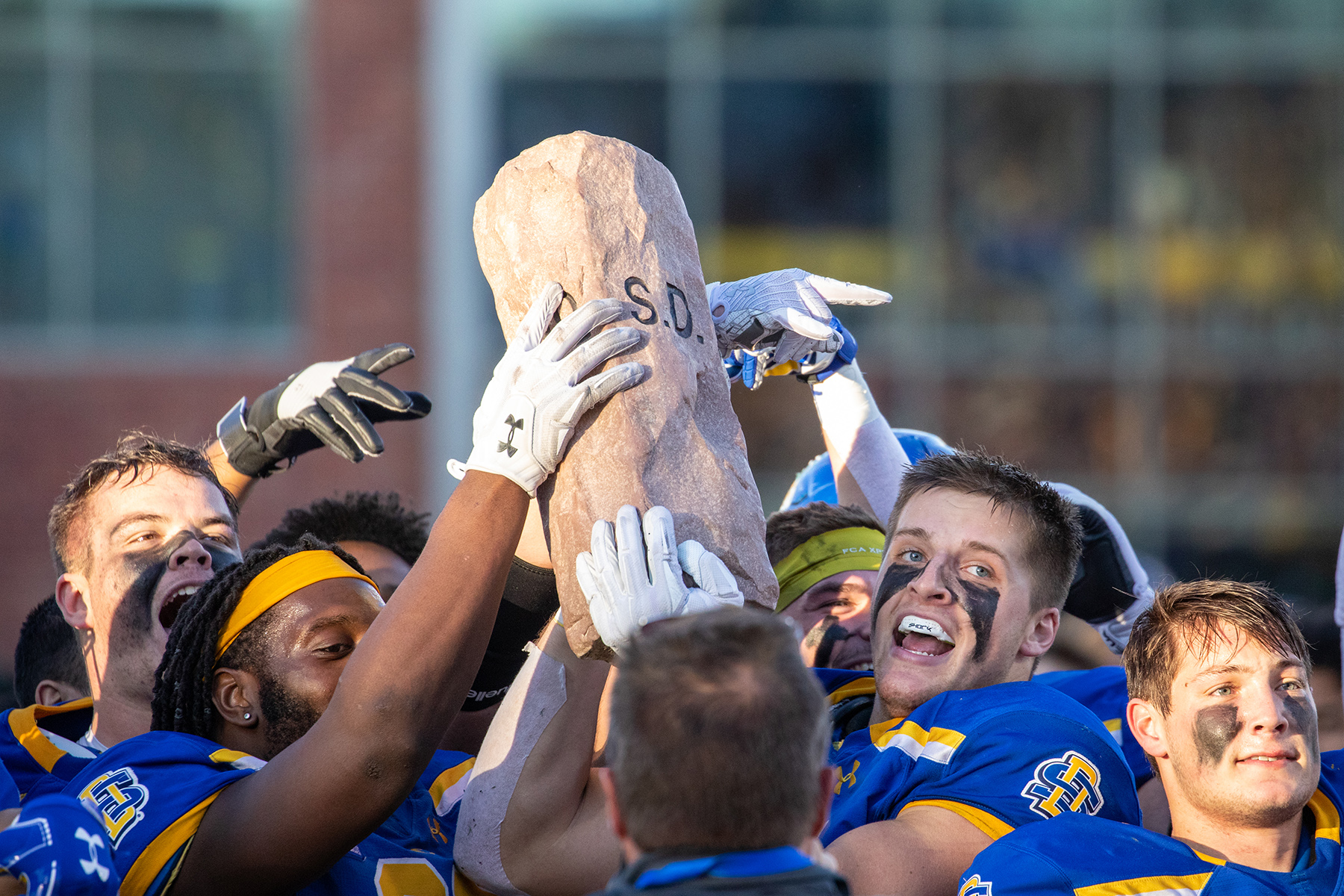 “The Brawl of the Wild” played between Montana and Montana State is usually a fantastic matchup every year as well, but right now North Dakota State is ranked #1 in the FCS and South Dakota State is #2 This will be the first time they meet as the two top-ranked teams.

That fact alone moves this matchup to the front of the line.

Here is some history on the Marker from the NDSU sports information department:

“NDSU and SDSU have played for the Dakota Marker since 2004, the first year of Division I competition for both schools. The Bison have a 10-8 edge in the annual game; postseason games are not included. The trophy is a 75-pound model replica of the original quartzite monuments that were 7 feet long and 10 inches square and placed at half-mile intervals along the state border in 1891 and 1892.” 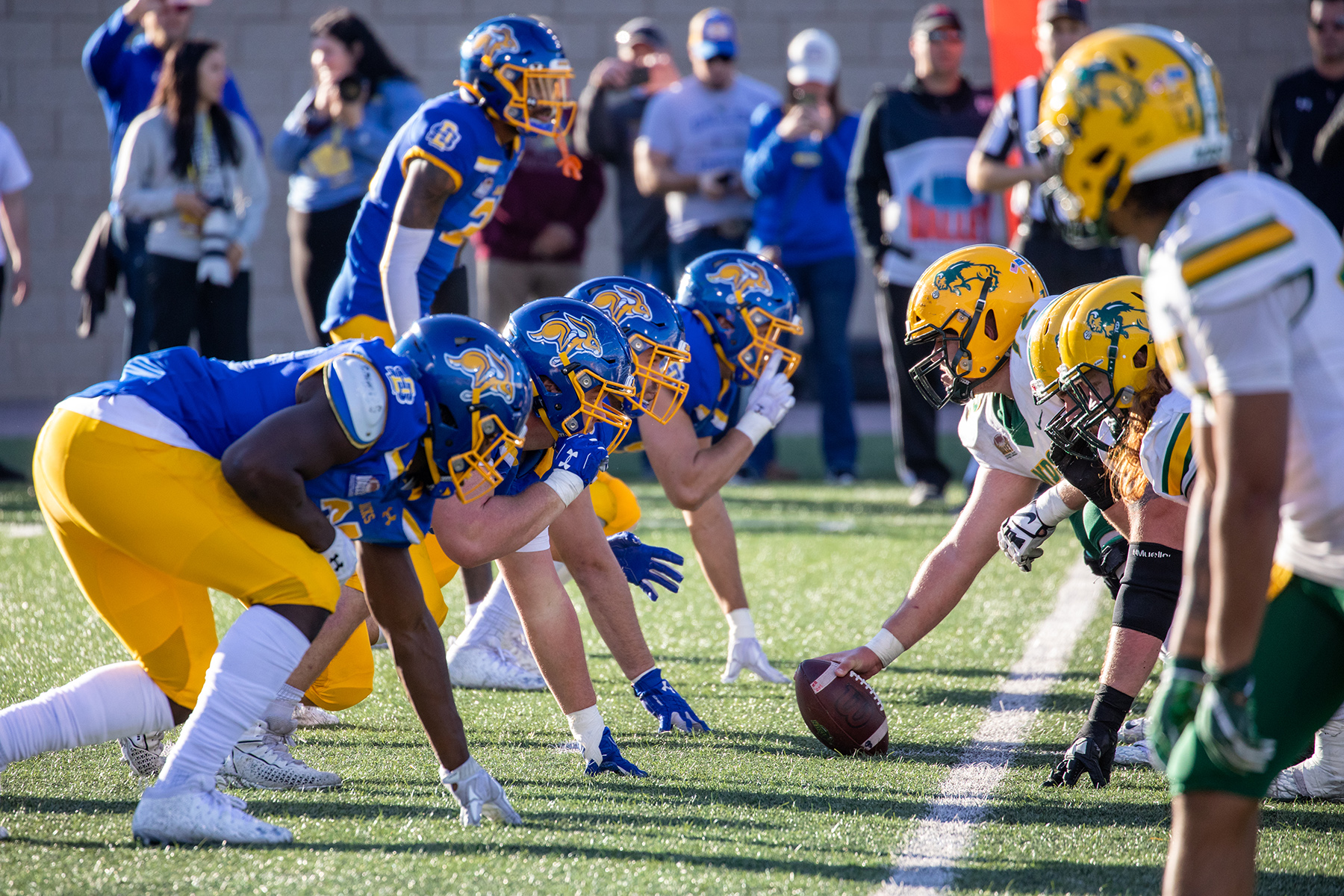 To “raise the rock” is an honor and tradition and you have to excuse the teams when they skip the post-game handshakes to rush over to snatch the trophy and parade it around like the Stanley Cup. It’s a big deal.

ESPN’s College Gameday came to Brookings for the Marker game in 2019 and that coincided with the first sellout at Dana J. Dykhouse Stadium with 19,371 fanatics in attendance.

In addition to all the attention and hype there is another fact: These teams don’t really care a lot for each other.

Ask a current or former Bison player about the Jacks or the other way around and you might get a few respectful responses, but for the most part you won’t want small children around to hear the answer.

A final tidbit that adds to the aura of the Marker matchup… the games are usually really good!

Here is a rundown of the last seven Marker games.

Get in on the action.