What if I told you there’s a famous track event that’s part race and part obstacle course?

In this event, competitors run just under two miles – 3000 meters to be exact – but if the distance isn’t challenging enough, they also have to clear 35 barriers before crossing the finish line…and seven of those involve water. 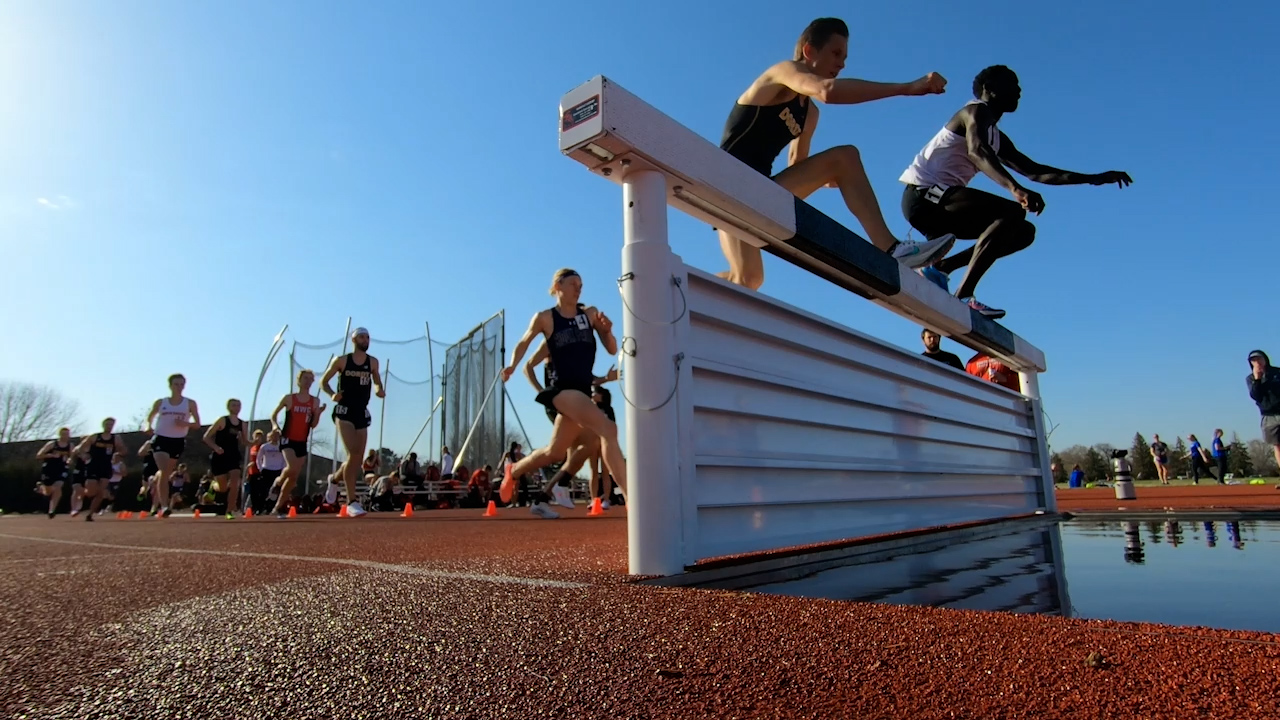 It sounds extreme, but you’ll find it at nearly every meet at the collegiate and international levels.

Tracy Hellman, Augustana Director of Track and Field – “Steeplechase is unique. It’s a mix of strength and speed. It’s an event that certainly brings out a different type of athlete.”

Kyle Doperalski, UND Associate Athletics Director, Former All-Big XII Steeplechase Runner at Nebraska – “The general track fan would say the 400 hurdles, the 800 and the steeplechase, those are the ones that require the most guts. You’ve got to jump and hurdle and negotiate being in a crowd, and there’s water as well.”

Luke Labatte, 2022 Summit League 3K Steeplechase Champion – “It really tests not only your physical strength but your mental strength as well.”

The steeplechase originated on the British Isles in the 19th Century, first as a horse race, then as a footrace, in which competitors would run cross-country from one town to the next. The race would conclude at a church steeple – the easiest point to see from a distance – with various hedges, streams, and low stone walls in place along the way to make things interesting.

By the turn of the century, steeplechase had moved from the fields to the track, debuting as a men’s Olympic event in Paris in 1900 and soon becoming a staple at track and field meets across the globe.

Tracy – “It’s always had its own aura about it.”

Ryan Hartman, 2021-22 NSIC 3K Steeplechase Champion – “You go from cross country to indoor track to outdoor. It’s a lot of the same things, all running around in loops. Steeple is a different kind of beast.”

Rebekah Rairdon, 2021 NCAA DII Steeplechase All-American – “It’s not so boring, not just running, thinking about one thing at a time. You get to have some fun out there.”

“Fun” is one way to look at it. After all, the barriers in steeplechase aren’t your typical track hurdles.

Kyle – “If you hit them, the hurdle doesn’t fall. You fall.”

And the water jumps can be downright dangerous.

Luke – “You see those fails on Instagram and Sportscenter all the time of people clipping the water jump and bellyflopping. I hope that’s never me.”

Because of the unique elements of the race, you won’t find the steeplechase at many high school meets in the upper Midwest. Most runners have little to no experience with it before arriving at college, so the process of persuading the average distance kid to give this race a shot can be interesting.

Tracy – “Right away, I think there’s a lot of uncertainty. They don’t know what it all entails.”

Rebekah – “I could never be coordinated enough to do that. I would never try that. I’d be so afraid that I’d hurt myself.”

Tracy – “You just have to have a little bit of an edge to you. You really do. That edge comes from not being intimidated by having obstacles in your race.”

Given all the factors involved, it’s not surprising that Attempt No. 1 at the event rarely goes smoothly. 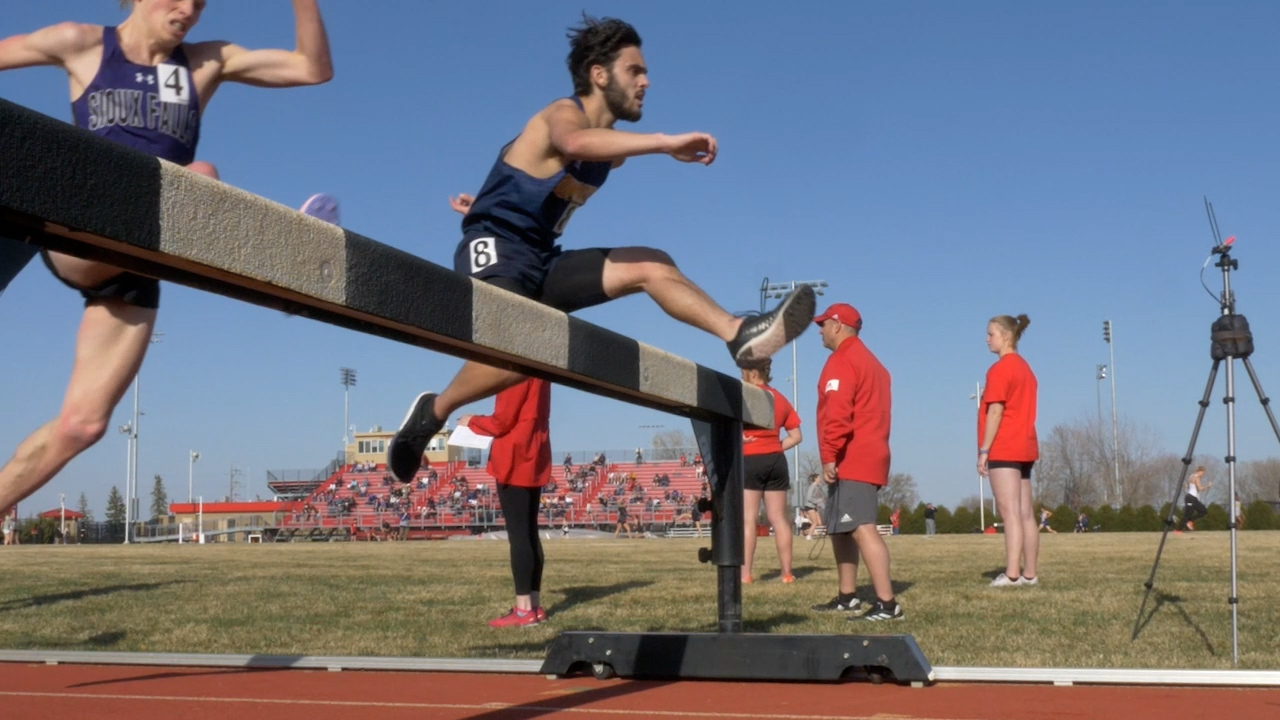 Luke – “I remember being so nervous going into it.

Even those who go on to master the race will tell you it can’t be beat for unpredictability, and that “anything can happen” factor has made this distance event appointment viewing at any meet.

Kyle - “It doesn’t matter what event people do in track. They’ll usually watch the steeplechase.”

Rebekah – “It’s not over until it’s over. I’m pretty sure you can think you’re doing terribly, and if you have a really good last two laps, you actually end up having the race of your life. That’s what I love about this race.”

Tracy – “That’s what makes the steeplechase so riveting for fans and for coaches alike, because you never know what can happen during the race.”

After all these years, there’s still something about steeplechase – or perhaps, something inside the athletes who do it – that make it an integral and unique part of track culture, and one that’s not going away anytime soon.

Kyle – “It’s thrived and survived because it is different.”

Tracy – “Once they get it rolling, it’s pretty fun…You can’t get them away from it. They want to run it all the time.”


Filed Under Running/Track and Field