The De Smet Bulldogs captured a state title last year but the rest of the class continues to improve. Here’s how I voted in the initial media poll for Boys Class B.

The Bulldogs captured a state title last year and bring back three starters to try to march back to Aberdeen. “We expect to be at the top of Class B and pursue the LCC Title and our 4th Straight DVC Title and qualify for our fourth consecutive State Tournament,” said Head Coach Jeff Gruenhagen. “We will try to push the ball and apply pressure on defense.” Kalen Garry is back for his senior season. Overshadowed by his gaudy offensive number is the fact that he’s probably the best on-ball defender in the state. Rett Osthus is another lockdown defender that is quick to the hoop and has great range. Tory Holland could be a dominant scorer on many other teams but fits in perfectly as a 10ppg guy and a relentless hustler all over the court. Damon Wilkinson (6-9) worked his way back from injury into the sixth man role last year and showed what he can do as an all-tournament selection at state. Blake Van Regenmorter, Colt Wilkinson, Kadyn Fast, Kasen Janssen and Gannon Gruenhagen will all be pushing for varsity minutes.

Eldon Marshall has this team loaded for another deep playoff run, “Our team goals are the same every year, get to the state tournament and give ourselves the chance to be state champs,” said Coach Eldon Marshall. “We know we have to put in a lot of work in the process and improve every day individually and as a team.” Joe Sayler asserted himself as one of the top players in the state regardless of class last year as he averaged 29 points per game in his sophomore season. He leads a very athletic team with a winning tradition like few in the state. Look for Dylan Marshall to put up a huge season. He scored 16 ppg and 4.3 rpg and led the team in assists. Nicolas Marshall started as a freshman last year giving the Tigers three returning starters. Bryson Morrison, Kendrell Cuevas, Gavin Folkers and Camden Young are among the several other players in contention to get playing time in the rotation.

David Rohrbach has another solid group back for Aberdeen Christian. “There is a lot of talent.  We also understand that past success doesn't mean a lot if you don't put in the work and do the little things,” said Rohrbach.   Malek Wieker had an outstanding tournament last year and will be a big-time player again this season. He’s not the only scorer though. Ethan Russell and Jackson Isakson are double-digit guys with a lot of varsity experience. Look for Andrew Brennan and Kaden Clark to add some juice to the rotation.

The Mustangs won 17 games with a young team last year. Damon Opdahl and company are primed for an improved run at the state tournament this season. Opdahl had a fantastic sophomore year as a great defender and outside threat. He could turn into one of the top players in Class B this year. This team has some size and power with J Gulbraa  on the inside to compliment their perimeter play. Look for Jon Johnston, Sonny Marquardt, Seth Gaikowski, and others to step up and make this team a contender.

The Black Panthers return just two starters, but they’re primed for another good season. “We should be put an athletic team on the floor with good depth and look to use that to our advantage on both offense and defense,” said Coach Frank Cutler. Platte-Geddes went 16-6 last year. Caden Foxley and Jackson Neuman are the returning starters. Foxley is an all-state talent who averaged 16.3 ppg and 11 rpg last year. Neuman led the team in assists last year. Look for Hayes Rabenberg, Cade Nachtigal, Jackson Olsen and Dawson Hoffman to take much bigger roles this year. Joey Foxley is another athletic guard who looks to give good minutes in the rotation.

The Cards had so many seniors on last season’s state tourney team that it might be easy to forget that they have some really good talent back this year. Ty Brown and John Pica lead a good team with Nic Gaspar looking to make an impact as a sophomore. “We have 6 returning letter winners looking to build off of our 3rd place finish at the Class "B" State Tournament,” said Coach Colby Fitzgerald. “We have 23 players out this year and are excited to get things going when we play Mitchell Christina on 12/14 to get our season started.”

Howard continues to make gains in basketball each year. Three starters return from an 18-win team last year. Jace Sifore is a four-year starter in the post and is a threat to score and one of the top defenders around. Brayden Hinker is a great outside shooter, Ryder Erickson runs the point and Luke Koepsell is just a freshman but could be a big-time impact player soon. I think Howard has the potential to be a state tournament team this year.

“We return a good group of experienced players that will be tested by a difficult schedule and region,” said Coach Bryce Roth. “We look to improve offensively from last year to this year with an emphasis on better perimeter shooting.” Riley Endres, Kaden Klumb and Jay Storm all provide good scoring for the Rustlers.

The Huskies won 13 games last year and have 2 starters back. “It may take some time to figure out each role on the team, if we can find some depth and determine everyone's role, hopefully the Huskies will be able to compete with the top teams in our region at the end of the season,” said Head Coach Scott Schultz. Sutton Arend, Koby Kayser and Sam Hofer will be key contributors. 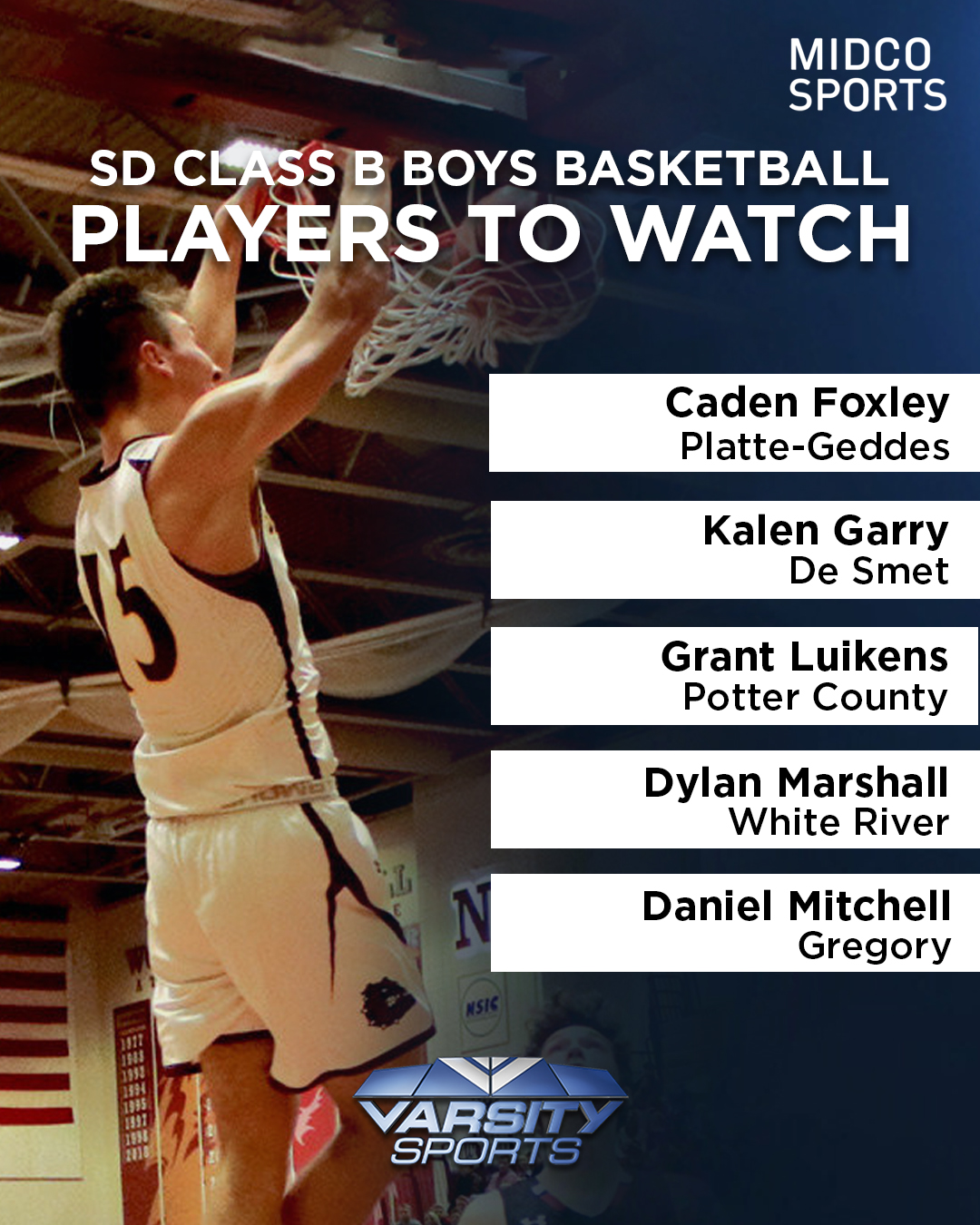 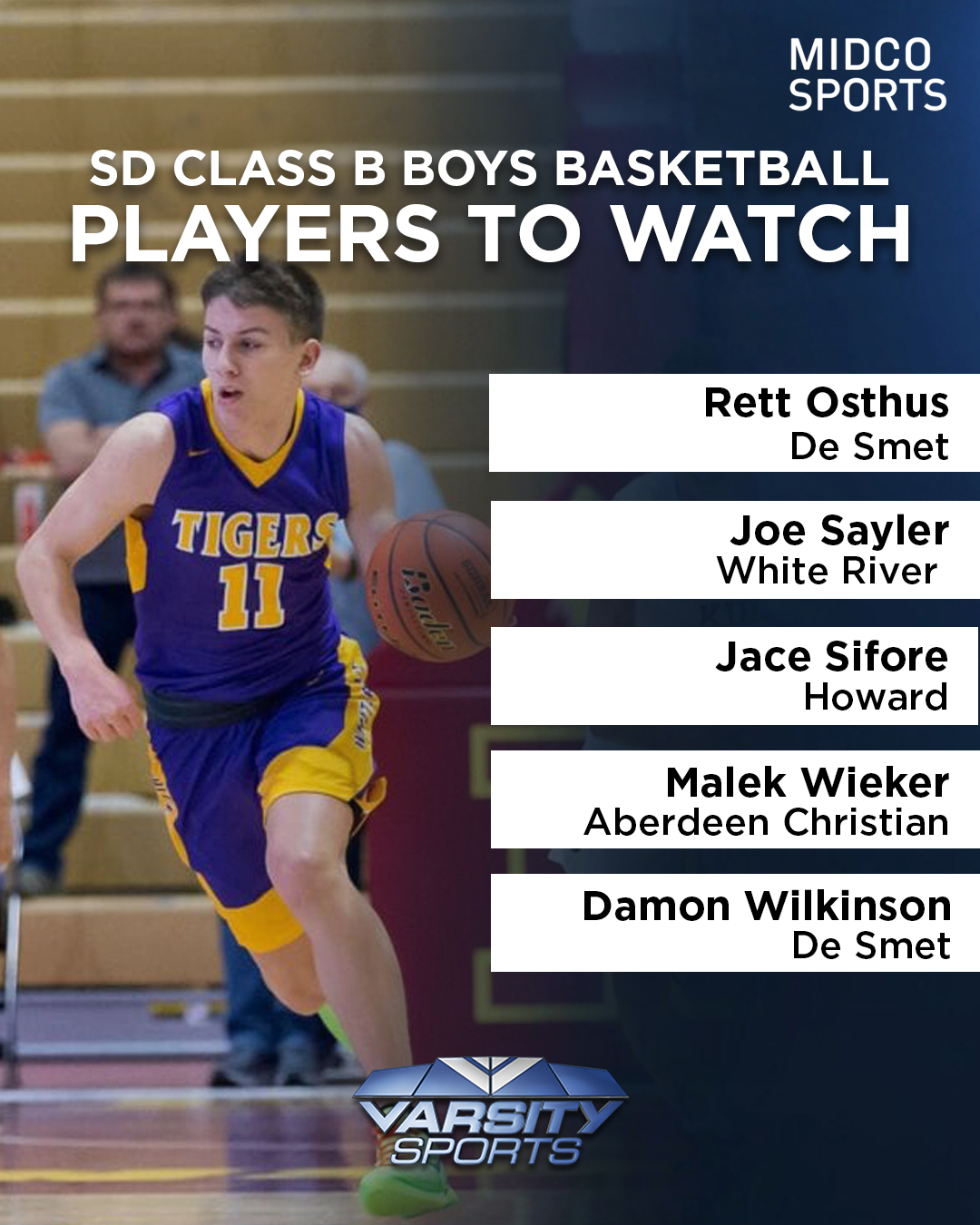